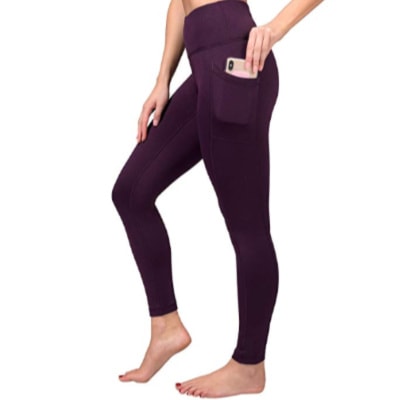 If you’re on the hunt for warm, affordable leggings, I recommend this high-waisted, fleece-lined pair that I got a few weeks ago. I really like them — they do exactly what I want, they’re comfortable, and they’ve got pockets. Note that they come in a zillion colors, too, and in sizes XS–3X. They are $26 and up, depending on color. 90 Degree By Reflex High-Waist Fleece-Lined Leggings