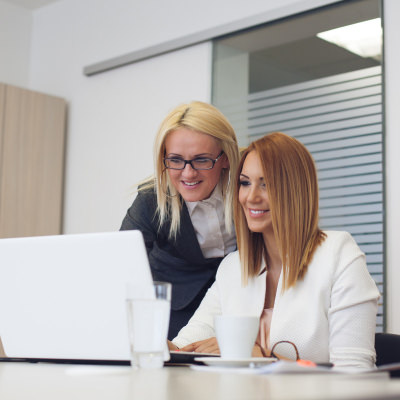 Here’s a career question for you all: How have female bosses affected your career? Do you notice differences in the way mentorship and sponsorship look when it’s coming from a female boss?

I recently attended an event where an older woman shared with the group how she had inadvertently held back a woman’s career when she thought she was helping her. She explained that she saw the younger woman as a rockstar with potential to go far in their advertising company, so she put her on the biggest accounts and kept her off the smaller, more volatile accounts that involved more risk. But the younger woman came to her and pleaded, “Stop protecting me!” — because while the smaller accounts did involve more risk, she saw that her male cohorts would learn faster each time they failed. At first, the older woman was taken aback — she had meant to be sponsoring the woman! — but she realized that she was treating her as a mother would, instead of a boss.

That’s probably the best outcome I’ve heard of a woman inadvertently holding another woman back and then realizing the error of her ways — but I’ve also seen a lot of others where women bosses, in particular, think younger women should have to “pay their dues” — grunt work, long hours, sacrificing a social or family life, etc. — in order to be “worthy” of sponsorship. A lot has also been written about the Queen Bee syndrome, where sometimes women at the top actively hold back other women because they fear there’s only room for a few women. So I thought it would be a really interesting discussion here: How have female bosses affected your career? Can you point to anything the good mentor/sponsor bosses did that was specifically different than bosses that weren’t great mentors, or were actual adversaries? In general, do you feel like more men or women have been your sponsors in your life? For those of you a bit more advanced in your careers — as you’ve moved into more roles with responsibility, have you actively tried to mentor and sponsor other younger women?