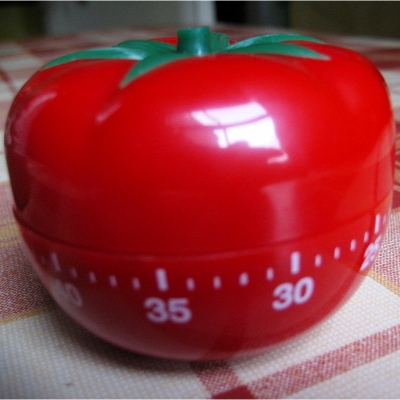 I’ve written before about how I love to get up early because that’s my most productive time of the day — but I don’t think we’ve ever talked about how to optimize those productive hours to get the most stuff done. I have my own tricks; I’d love to hear what you guys use as well. (I usually can be focused enough without time management techniques during this time — but they can be super helpful during other times of the day. Pictured: Pomodoro Kitchen Timer for Action Logging, originally uploaded by AndyRobertsPhotos. )

1) Know what you want to do. I always find this time is best to focus on ONE THING, not a whole to-do list. I don’t even WRITE my to-do list until later in the day, to be honest. When I get up early, I do the one thing that I need/want to do, and nothing else.

2) Leave some work unfinished so you can start in the middle. Writers are often advised to finish their day in the middle of a sentence, instead of at the end, so the next day you can just pick up where you left off.

3) Know your direction: forward or backward? I usually want to use the time to push “forward” — write new words, organize my research or my thoughts in new ways — but sometimes I prefer to go “backwards” and review work I’ve already done, such as when I want to edit something closely.

{related: how to deal when “family time” interrupts your naturally productive times}

4) Avoid time sucks. I don’t look at email until 9 AM, for example, and I save other things that easily expand into longer projects for later in the day, when my focus is already not at its best. For example, in my law days, I saved research until the afternoon when I could, preferring to use the mornings for organizing the research or writing — now I save things like RSS feeds, Twitter, and Pinterest for the afternoons or evenings when I can.  On days when I really need to focus, I avoid turning on my computer when I can, and work with pen and paper instead.

5) Protect your productive time. If you’re super productive in the morning, don’t let friends or colleagues schedule breakfast meetings. If your best time is the afternoon, keep chatty coworkers out of your office.

Readers, what are some of your top productive times? How do you make the most out of them? 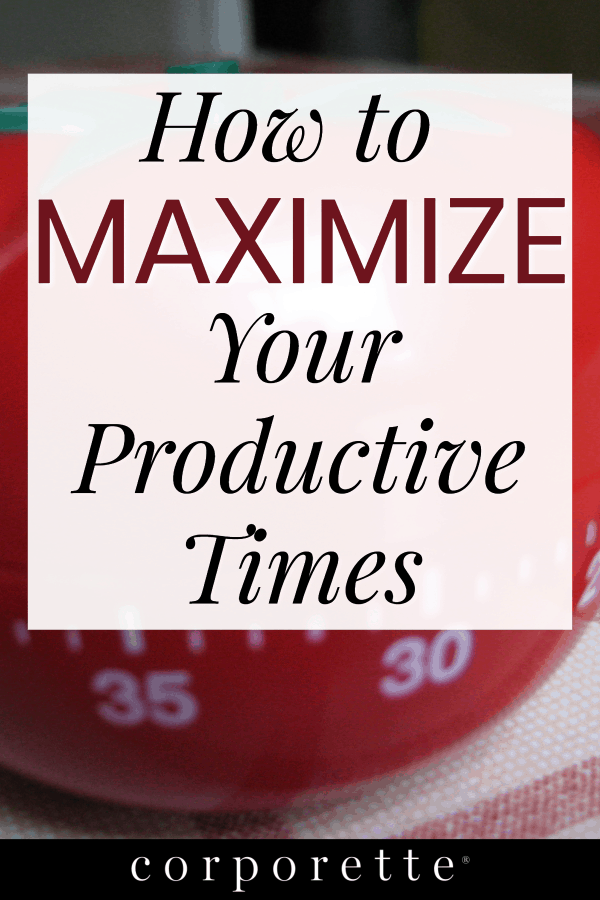