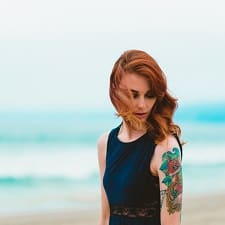 2020 Update: We still think this is a really interesting discussion on professional women and tattoos — but you may want to check out our more recent discussion on tattoos in the workplace.

Last week we asked you whether a visible tattoo was ever acceptable to women lawyers and other professional women. And wow did you guys respond — roughly 1500 of you weighed in. , here are the results thus far on professional women and tattoos:

The commenting section was where things got ugly — some commenters accused the reader who had e-mailed of already having gotten the tattoo, and just seeking assurance. Some commenters referred to “tramp stamps” (which, we agree with the commenter who noted that that’s only generally referring to a lower back tattoo). The extremely helpful “billybob” opined that tattoos were for hookers, not lawyers.  Quite a few readers noted that tattoos were only in style in the late ’80s.

Others wrote that tattoos could be a distraction, and anything that distracts is a bad thing.  Strategic business communications specialist Gretchen Neels wrote in to note that she knows many a professional woman who regrets having gotten a visible tattoo in her youth, noting that over time “that tiny heart can morph into a dark blob.” Gretchen gave the valuable advice that if you want to get promoted, the tattoo could be seen as a lapse in judgment by people who would otherwise hire or promote you. This was echoed by commenter “robbit,” who wrote that he did not hire people with tattoos, and if people showed him their ink after the fact then he filed it away as “an example of poor judgment, under career killer.”

As with many things, it seems like a situation where you have to weigh the risk that a tattoo will hurt your career . . . against your desire not to sublimate your entire personality in service of some perfect, conservatively feminine-professional ideal. The answer is probably different for most women, but I imagine many wouldn’t be happy in a job that was going to judge them too harshly for a half inch daisy on their right ankle anyway.”

Another commenter also noted that she herself had a nose ring and a tattoo and it has not thus far hurt her career. She noted that “at some point in your career, you have to try to find a job that fits you, rather than the other way around. If an employer won’t promote me based on my body art, I don’t want to devote the majority of my waking hours to working there anyway.”

Last week, we said that we thought a tiny inner ankle tattoo was the outer limits of what might be acceptable for professional women and tattoos.  We stick by that — our reader could always wear a pantsuit or dark hose to interviews and court appearances.  Ultimately, though, one must find a job that suits your personality — and not change too much to suit your job.  This seems to be one of the biggest struggles for young women in conservative professions — and we’ve yet to find an easy answer. 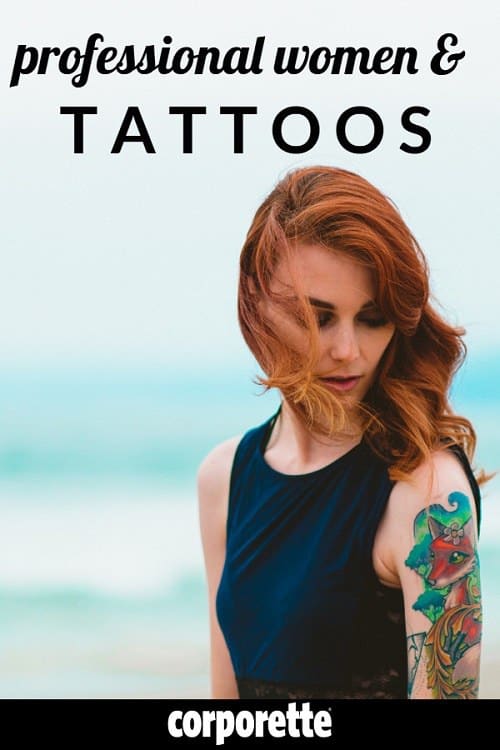 « Suit of the Week: Armani Collezioni Ribbon Jacket
Weekly Roundup »
Back to Top