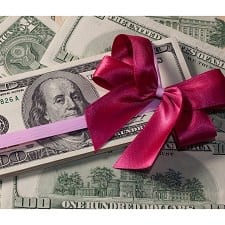 2017 update: We still stand by this advice on what to tip your secretary for the holidays (but obviously as we note below, know your office!) — but you may also want to check out our more recent discussion of how much money you give for holiday tips (from doormen to assistants), as well as our entire page on holiday business etiquette!

Wow, we asked and you guys answered:  What is fair to give your secretary or administrative assistant for a holiday “present” (or “bonus” or “tip,” depending on how you want to look at it). The lively debate in the comments was a bit more interesting than the answers to the poll, but in case anyone is curious — nearly 700 of you voted, and these are the results at the moment (as always, ).

Almost all commenters fell out of their chairs guffawing at the $100/year rule — good news to those who thought that $50-$200 was more reasonable. (Someone mentioned a system that sounds even more reasonable to us — giving the first 3 numbers of your salary, e.g., $160, $200, etc.)  Some commenters thought giving cash was cold and hard and a gift card was a better way to go; some assistants who commented noted that they actively hate the gift card; one even noted that “only cash” was what she wanted. According to AintNecessarilySo:

Only cash. Don’t worry about it being impersonal. Our feelings are not hurt; quite the contrary, we love that you understand that we may need the cash to pay our own Super, or our rent, for that matter (particularly nowadays).

Some commenters questioned why they were supposed to give their secretary if the company or firm was already giving them a bonus (going so far as to suggest that, if the firm was NOT giving the secretary a bonus, then the administration should be spoken to). One trend among the commenters (which we agree with) is that you should be giving a gift in addition to whatever bonus the company may already pay to the secretary is because it is the holiday season and giving something extra is the decent thing to do. As commenter MJ put it:

For all you scrooges who say, “Isn’t the firm supposed to pay my secy?” please remember that firm bonuses are TINY, and this year, at many firms, will be nonexistent. You make MULTIPLES of what your secretary makes. If she’s ever saved your booty, or does anything worthwhile, say thanks. And really actually look her in the eye or write a real card and say “Thank you.” It’s the honorable thing to do.

The other big reason to give your secretary something appropriate is because, as one anonymous commenter noted, “your secretary’s loyalty can and should be bought.” This ties in to the biggest debate among the commenters — those assistants and former assistants who went above and beyond for their boss and thought they should be compensated above and beyond, and those bosses who barely used their secretaries who couldn’t dream of giving them more than $50. Most people agreed that you should “take care of people who help your life run more smoothly,” but didn’t think that applied to their secretary. Here’s our $.02:  you may not realize how much access your secretary has to your life — it may not run MORE smoothly because of her, but it could run a lot LESS smoothly because of her. We’ve heard stories of “incompetent” secretaries that are simply too much to be simple incompetence — stories of secretaries who, when given a large pile of cases to copy, removed all the staples, sent the pile through the copier, and then sent the whole mess on to the partner without ever giving it back to the associate. We’ve heard stories of secretaries who refuse to say “He’s not at his desk right now, can I take a message?” and instead insist on saying (untruely, sometimes) that “I haven’t seen him for a few days.” And so on. However incompetent or unuseful you think your assistant is, trust us, it CAN get worse. (And good luck getting a new assistant who hadn’t heard about any perceived “cheapness” on your part.)  In fact, some of the support staff who commented pretty much admitted this. As commenter db said:

Secretaries get paid nothing compared to you and we have to deal with all of your whiney demands. If you were REALLY so smart you would realize what a secretary can do for your career. If you’re an associate, you give some home made candy or cookies you had better watch out because they will drop a little comment here and there about you to the Partner they also work for.

This is obviously an office-by-office issue as to what to give and how much to give. Our advice:  KNOW what your office culture is, and stick to it, even if you think your secretary does absolutely nothing for you. If your secretary is that rare bird who goes above and beyond for you, show your appreciation by compensating him or her accordingly. 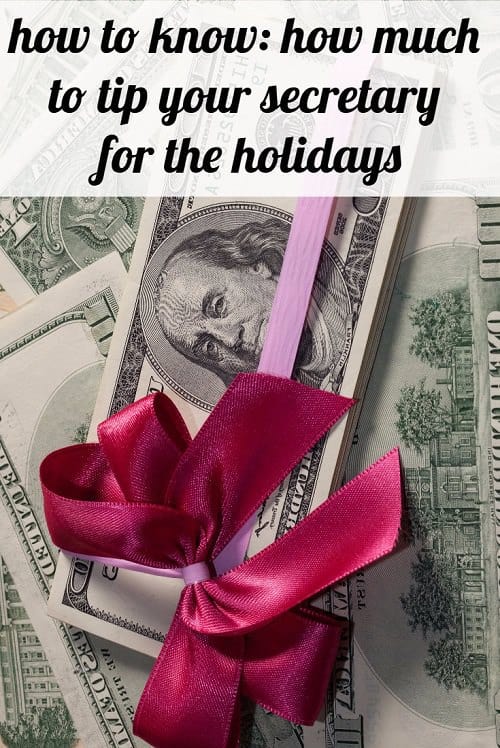 « Suit of the Week: The Limited
Thursday’s TPS Report: Tamsin Blazer »
Back to Top