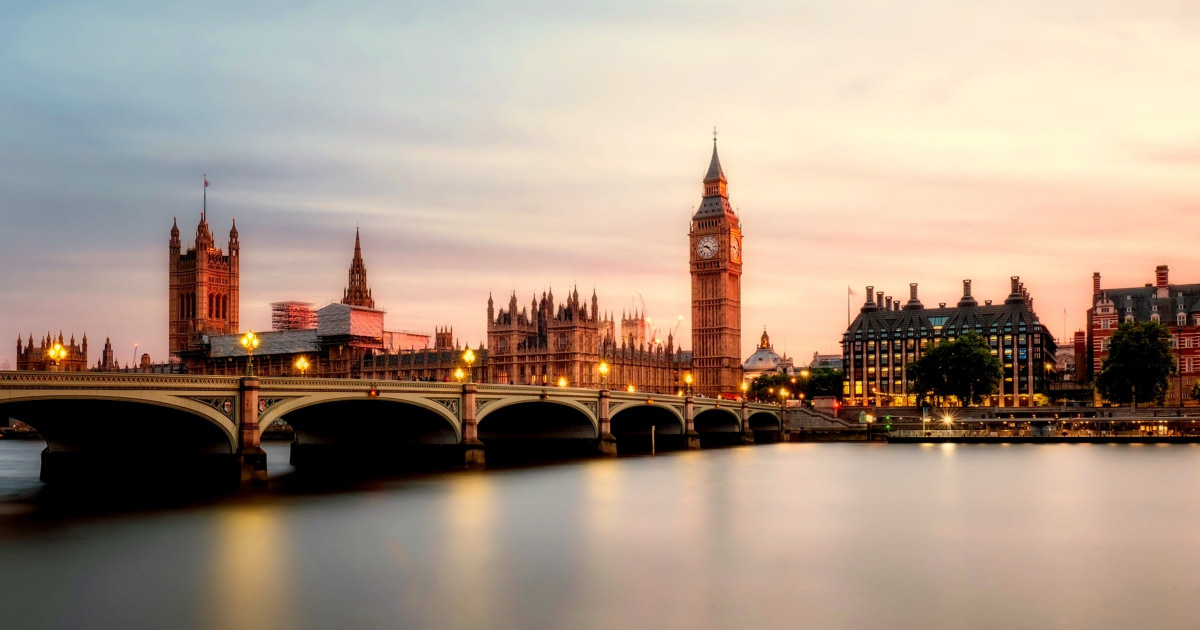 I’m a second-year law student and will be spending part of my summer interning for a government agency in Slovenia, and the rest at a study abroad program in London. My dilemma is that I only have a limited amount of space in my luggage (particularly due to the strict weight limits on European flights) and I need to pack for essentially three different trips: business, school, and backpacking (I’m going to be doing a lot of travel on the weekends). I’m lucky in that the place where I’ll be working only requires business casual, but considering that it is an Eastern European country, I don’t know quite what that might entail. I’m thinking I’ll definitely have to dress more conservatively than I would in the U.S. at the very least. Any suggestions would be welcome, particularly involving shirts I can wear to work and not look too dressy wearing them to school as well. My one limitation: please no button-ups! I’m what you would call a “busty” girl and button-ups never end well with me. Thank you so much for any advice you can give! 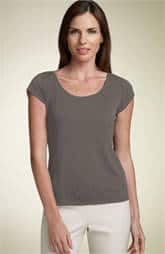 First: we must confess, we’ve never worked in Slovenia or backpacked through Europe. Very exciting… as a luggage problem. We would recommend investing in silk t-shirts. Not the sweater kind, but the kind that feel like nylon almost. These can be hard to find, and aren’t necessarily expensive — of the few that we have, one was purchased at an Henri Bendel sample sale, one at Off Fifth, and the others at the Limited about fifteen years ago (ouch). The great thing about these shirts is that they dry uber-fast — perfect for stuffing in your bag to go backpacking — yet because they’re silk they look great under a suit jacket. For example, check out the Eileen Fisher Cap Sleeve Silk Tee at Nordstrom (pictured at right) for $88. Be sure to check out places like Travel Smith, which specializes in fabrics that travel well, breathe easily, and wash and dry quickly. (They even have a new outlet section.) Check out their dress selection, especially — some of them will work both for the office as well as for a a restaurant meal while traveling, such as the Microfiber Dress (for $89). Be sure to check out camping and other specialty stores for pieces that can do double-duty — EMS (check out the knee-length ExOfficio Women’s Savvy Dress Up for $60), REI (check out the Acme Pants, on sale for $109 — be sure to try them on to make sure they don’t sound like track pants when you walk) and other similar places.

As far as other clothes, not everything can be double-duty. Pack a suit for your work — even if you don’t wear it often, better safe than sorry. (Bring as many possible matching pieces — dress, skirt, etc — and see how many times you can recycle the outfit. You may want to check out Spiegel for this kind of thing — the prices are good and they have numerous matching pieces.) For school, some of it can be reused — for example, a plain black skirt, worn with a t-shirt and flats or flip-flops, is totally acceptable for school. We’d advise you to stay away from heavy stuff that only works for one of your three endeavors — will you wear jeans while backpacking? If not, don’t bring them to wear to school. Otherwise, make sure you maximize your luggage — you can buy various tools to “vacuum pack” your luggage (or do it yourself with Ziplock bags — they even have larger sizes out now). If possible, read up on how to pack wisely — for example, you may want to roll your clothes rather than folding them (we just did this with a bridesmaid dress and it worked beautifully). There are other tricks to be learned, such as how to fold a suit jacket so it isn’t wrinkled. And repackage as much as possible of your toiletries — think outside the box and try to use the smallest sizes possible. For example, we’ve put a week’s supply of eye-makeup remover in a single pill container or contact lens case — even if you have to use more than one you can still discard as you use up your supply. (Get a trusty label maker to make sure you don’t get anything confused.)

Originally pictured above: Skofja Loka, Slovenia, originally uploaded to Flickr by jaime.silva — updated 2019 to stock photos of London via Stencil. 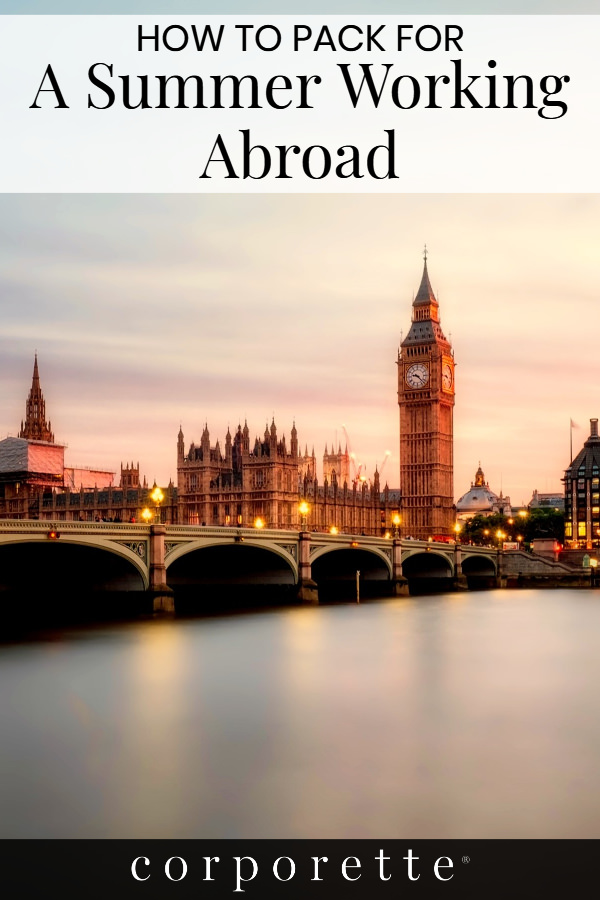