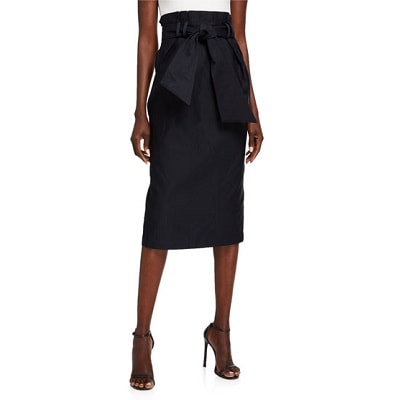 I love this fun take on a staple pencil skirt. The oversized bow provides little bit of drama without going too far over the top, and I think the classic silhouette and subdued navy color keep it from veering into costume-y territory. I would style this as simply as possible — probably a light-colored blouse and some simple jewelry. (The red off-the-shoulder blouse is beautiful, but maybe a bit much for a Monday morning!)

The skit is $890 and available in US sizes 0–12. Jordan Paperbag-Waist Cotton Skirt

A more affordable option is at H&M.

Curious for more? Check out some of our great recent posts: 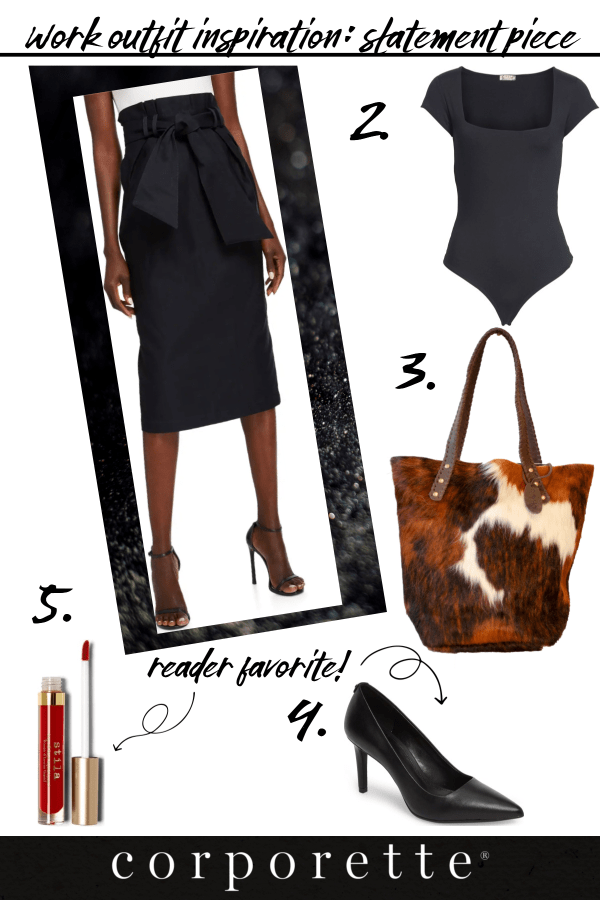