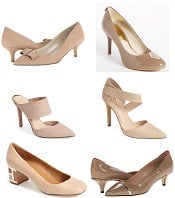 2019 Update: We still love this roundup of beige pumps, but you may want to check out our 2019 roundup of stylish skin-tone pumps for work — as well as our general guide to wardrobe essentials for work!


Sure, we all know what basics professional women are supposed to have in their closets, but if you’re buying one for the first time or replacing one you’ve worn into the ground, it can be a pain to find exactly the right incarnation in stores. In “The Hunt,” we search the stores for a basic item that every woman should have.

One of my must-have pieces to keep at the office is always a good beige pump.  It’s an easy neutral for all skin tones, as noted by commenters in our roundup last year, and most people find it to be a real workhorse. We’ve been doing the beige pump roundup for so long that the Hall of Fame listing (the shoes that have been around for forever) is impressively long — we’ve also rounded up a few shoes we like in wide, narrow, and other categories.  Pictured below: some of the more noteworthy beige pumps we found this year.  Ladies, have you recently bought any beige pumps that you love? 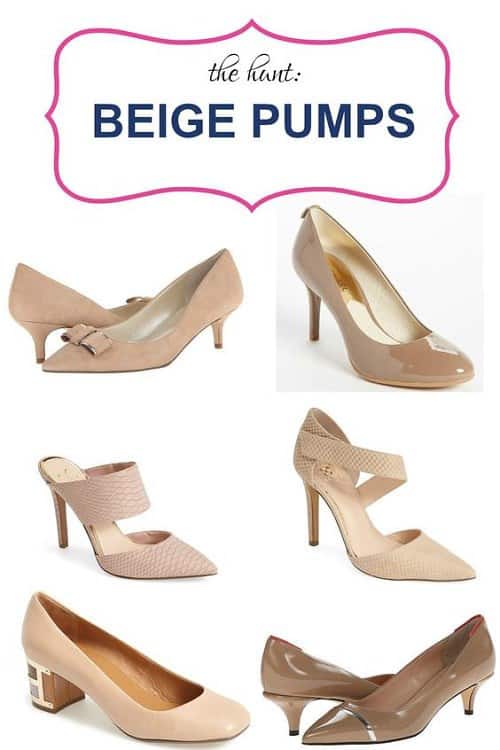