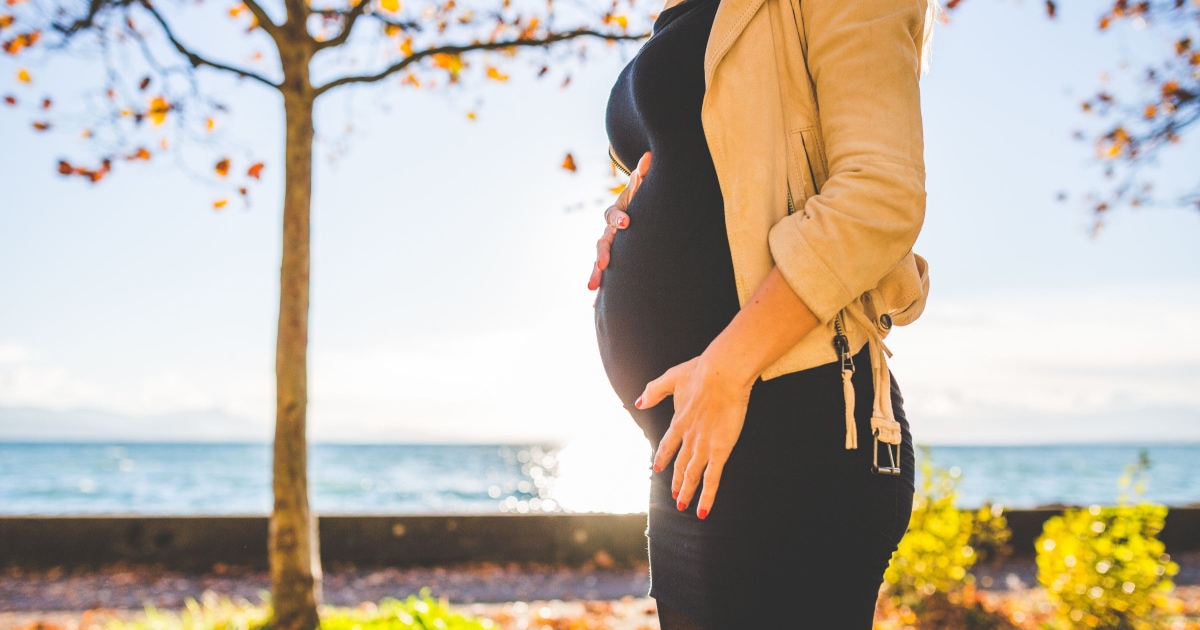 We recently got an email from a reader in law school who is pondering that common question: At what point in your career is the best time to have a baby? More specifically, should she have a baby during law school? I can’t WAIT to hear what the readers say — and at the start I’ll preface it with an important reminder that there is no right answer here. Here’s the reader’s question:

Law student here. My partner and I have been together for 7 years and are starting to think about family planning. I’m curious if any of you had kids during law school and can speak to finishing school and starting a legal career with a baby at home? Or, did you start your family less than 5 years into practicing law, and what was that like? I’ll be 31 when I take the bar and am worried about taking maternity leave too early in my career. Any advice is appreciated!

Great question. We’ve talked about planning your career for babies, shared the planner’s guide to preparing for pregnancy, and discussed financially preparing for baby, but it’s been a very long time since we talked about the best time to get pregnant.

First, the caveat that is necessary with babies: It is very difficult to plan anything with babies. There is no rhyme or reason among friends regarding who got pregnant easily and who struggled, and there is no way to predict how you and your partner will react to the newborn phase, let alone predict whether you will have an “easy” baby or a “difficult” baby. (And throw all of this out the window if you have a baby with additional needs, whether they’re premature, have a disability, or some other reason.) So whatever you’re planning, please paint with a broad brush, and be able to laugh (or, at least, not sob too hard) when things don’t go according to plan.

All that said, somehow a friend of mine did time a baby to be born during our 3L year — she had her daughter around spring break. (First infant I ever held!) That gave her some time to get ahead of her studies for 3L finals (some professors may have even let her shift tests/assignments earlier, if memory serves) and figure out the baby stuff before studying for the bar and hitting the law firm. She was actually one of our featured working moms to share a week in her life with us, and we asked her about it then. Here’s what she said many years after the fact:

If I could do it again, knowing what I know now, I would not have created the circumstances so I could get pregnant during my 3L (or, actually, during law school). … The coalescing of events in the three months between my daughter’s birth and taking the bar exam created craziness in my life that, under other circumstances, could have been disastrous. H was born at 6:20 a.m. on Saturday, March 29. It was awful and ended in a near medical emergency. Yet I was so scared I wouldn’t be offered a permanent job (I was interning for the Committee in the House of Representatives where I did end up working) that I returned to work on Tuesday, April 1. My mother-in-law and my mom both were able to come to D.C. for extended periods of time to help my husband with the baby at night. If they hadn’t been there, my professional and educational life could have been wiped out! I half feel guilty for this, but both moms and my husband let me sleep as much as I could every night because I was back to work (interning 2–3 days per week), studying for full-time law school finals (mid-April), and then would be taking the bar exam (July). Without the help I had, I could not have finished school, secured permanent employment, and passed the bar exam. On the other hand, H was born during a natural transition (between law school and my legal career) so I didn’t have to worry about the possible messages my pregnancy could be sending to my superiors about my career intentions (and other fears experienced by professional women trying to advance their careers while starting/expanding a family).

I mean: damn. Apparently I am acquainted with Wonder Woman. This all seemed totally normal to me back in my own 3L year, so I asked her a bit more about it now:

I don’t feel like it was Superwoman stuff because I wasn’t thinking about it — I literally was getting up each morning and doing what I had to do until it was time to go to sleep each night. Looking back on it, I’m sure I was exhausted but I was so focused on each day as unconnected from a pattern of days that I don’t remember feeling exhausted like I do now when I feel like I’ve been going for days on end.

I share this piece of advice whenever it’s appropriate: I learned to ski when I was 12, which is old because you’re no longer fearless. My family never skied. I went with a friend and her family to Mont St. Anne in Quebec and that’s where I learned. No bunny slopes there like we know here. I will never forget going way up with the ski instructor, getting off the lift, and turning to see how high up we were and how long it was to get down. The instructor said to me, “You don’t have to ski all the way down. You only have to ski down the five feet right in front of you.” I am guessing he meant it literally and not as advice I’d apply the rest of my life to many non-skiing situations. But it is the best advice. I tell it to myself every time something seems too hard or too overwhelming. I am sure this is what I was telling myself over and over in those days. :)

I love this piece of advice!!

Back to the reader question at hand. What I might recommend is giving yourself specific windows of time to “pull the goalie,” so to speak. Look hard at your schedule and figure out when it would STINK to have a newborn, keeping in mind that from week 34 of pregnancy onward you will be exhausted and feel like a beached whale and that a healthy baby can come anywhere from week 34–42. I somehow know three different women who had (eventually healthy) babies at week 25, though — and multiples always come early!

Also, you should know that newborn fussiness/sleeplessness tends to spike at weeks 6–8 — and if you want to breastfeed, that can be pretty rough the first few weeks. (My lactation consultant told me to do a 30-minute pumping session every two hours, around the clock, for several days (a week?) to get my supply up.)

So that gives you a pretty broad swath of time to avoid having a newborn during major endeavors, like studying for the bar or starting a new, intense job where they expect 60 hours of facetime a week. (I would argue that 3L finals are very different than 1L finals — it’s still not ideal, but it can be managed.) My guess is that most law firms would be amenable to you starting your job in January rather than October if you were open to having an unpaid maternity leave (and could swing health insurance for yourself and the baby through your partner), but if you miss those windows, I’d put the goalie back in place until you’ve been at your job for three to four months at least (which in theory would give you a full year on the job before you had to take your maternity leave). For the times when the goalie is back in place, I would still consider yourself in the pregnancy corridor in terms of health concerns like vitamins, shots, SSRIs, skin treatments, and so forth — you may also want to look at our tips on preparing for pregnancy.

Keep in mind that most pregnancies involve handling frequent doctor’s appointments — if it’s a high-risk pregnancy (including because of “advanced maternal age,” which is usually defined as 35+ but varies), you may have to go to the doctor’s office as often as once a week after a certain point in the pregnancy. (Here’s a sample appointment schedule from WebMD; I think with my second child I had to go once a week for at least the last 10 weeks.)

Make very sure you know ahead of time which benefits vest when — each office is different, but health insurance, maternity leave, disability leave, and even 401K benefits may not vest until you’ve been on the job for a certain amount of time. (It is very, very, very expensive to have a baby, so I do not recommend doing it without health insurance. My healthy deliveries, with no major issues or surgeries, were both billed around $15K; we ended up paying maybe $2K for each child in deductibles and coinsurance.)

Readers, what are your thoughts — at what point in your career is the best time to have a baby? Should one have a baby during law school? If you have tried to time a baby, what was your strategy, and how did you do? (Related question: How long do you think someone should be on the job before she leaves to have a baby?)