2018 Update: We still stand by this advice on how to ask for a raise — but you may also want to check out some of our more recent discussions on salary negotiation.

How DO you ask for a raise?  Reader K asks this classic question…

I am looking for tips on how to successfully ask for a raise! I have a unique situation – I was promoted just under 1 year ago, and got a significant raise in my salary. However – I actually took a pay cut, since I went from base salary + commission. The powers that be don’t view commission as part of your salary, so I essentially took a 20k pay cut if you look at my W2’s, but on paper I earned a significant raise. Now, looking online at salary ranges for my position and the company’s pay grade chart, a 15% raise would put me smack dab in the middle of nationwide salaries in positions like mine, and my company’s pay grade chart. Asking for a 15% raise seems ballsy to me, especially in this economy, but I have received a LOT of praise this year, including from the CEO directly. I feel I have earned it. Suggestion or tips on how to go about this? I actually have never asked for a raise before! Thank you!

Congratulations on your great year, and the bump (on paper, at least) in salary.  A lot has been written about how women don’t negotiate raises the same way men do — we hesitate to do it, we ask for too little, we don’t do it often enough (to say nothing of employers who have a bias against women). (Pictured.)

– Do your research.  It sounds like you’re one step ahead of me here — it’s great that you know the salary ranges for your position and the company’s pay scale.  Others have suggested that you can use professional groups as a resource, as well as bounce ideas off of mentors.  Research was also a common thread in the anonymous profiles Forbes Woman recently did of four women who asked for (and got) raises.

– Schedule a meeting to “discuss your career growth.” Don’t blindside your boss with a drop-in conversation.  (Even if you do schedule a meeting, don’t be surprised if your boss a) doesn’t remember when you started working there and b) what your salary is.)

– Practice the conversation. You don’t want the first thing your manager thinks is, “Boy, you should have made a better deal last year, lady!”  So consider phrasing it like this:  “As you know, I took a bit of a bottom-line paycut because I was so excited to join the team here.  Now that you’ve seen what I can do — including projects like X and Y — I’d like to see if I could get a bit of a raise.”  I would hold off on that “15%” number because — you’re right — it does sound a bit criminal in this economy.  Instead, wait for him to ask how much, and then say, “I’d like to move my salary up to $__. This number is in the middle of this company’s pay grade chart, as well as of the nationwide range for positions like mine.”

The big question that I think the reader in this particular situation should prepare for is: why does she deserve a raise after a mere year on the team?  Have your duties expanded, or are you currently doing more than what was in your job description?  Are you willing to take on more responsibilities in exchange for the money?  Was there a possibility that you might make a commission that has since been taken off the table?  Particularly because it sounds like you still work for the same company — prepare to answer these questions.

Readers, have you asked for a raise (ever? recently?)?  For those of you who are on the hiring/managing side — how do the savvy workers ask for a raise? 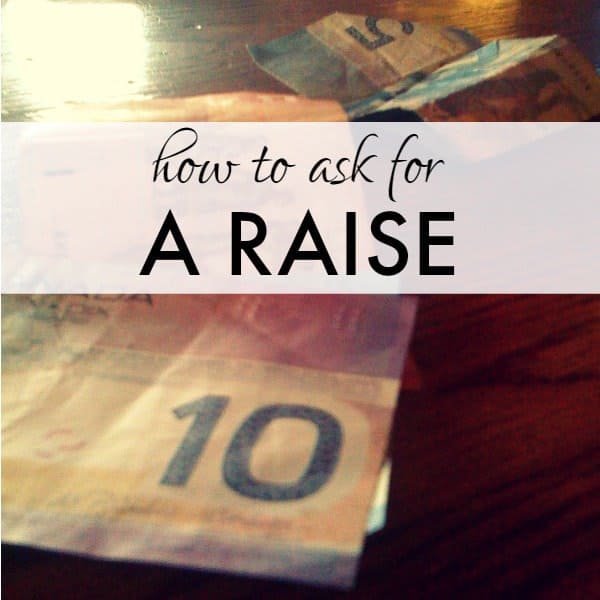