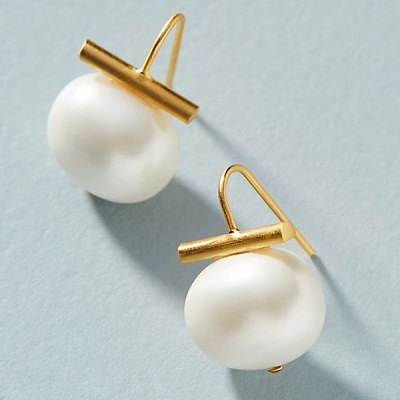 Oooh: these pebble pearl earrings are some of Anthropologie’s Top-Rated Accessories, and I like the modern look to them. I’m not a huge fan of the simpler bar earrings that have been popular for a few years now because on me, at least, they get totally lost, but the combination of the bar plus large pearl strikes me as really fresh. They’re $108 at Anthropologie. Pebble Pearl Drop Earrings