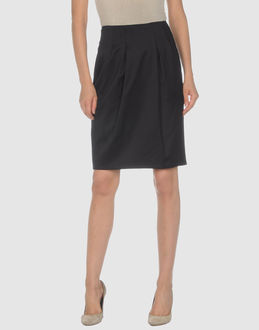 Yoox seems to have a number of cute skirts right now under $150, including this pleated knee-length skirt from Tara Jarmon — we like that it isn’t quite a pencil or an A-line, and it looks really flattering and rich. The lined wool is nice, as are the two pockets. It’s $140 at Yoox.com (limited sizes).TARA JARMON Knee length skirts – Item 35138567