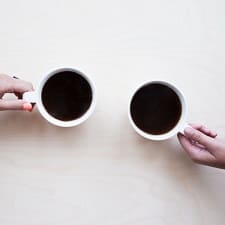 What’s the best way to dress for informational/informal interviews that may or may not lead to “real” job interviews? Should you play it safe and wear a suit, or is it appropriate to dress a bit on the casual side? Reader L wonders what to wear to an informational interview…

I was invited to have “a conversation” with a very powerful woman at a foundation where I would love to work. For the initial conversation, I was advised to wear business casual. I felt my choices were right on — sleek understated black pants, closed-toed shoes with some skin showing, a high-end plum jacket in wool crepe, and some very interesting but not flashy jewelry. My conversational partner wore exactly the same components, but my choices were a couple steps dressier than hers.

The conversation went well, and we will continue our discussions. My question is what to wear to the next meeting. I have a summer suit I would be inclined to wear; even though it’s casual (navy/white linen tweed pants with a matching open jacket), it is more serious than anything I’ve observed at the foundation. But, I’m not sure if this meeting is the time to wear it. What if this meeting is then followed by a formal interview? I will already have worn my best choice for an interview suit.

Congratulations on starting the conversation, Reader L! These casual interviews are always nerve-wracking, whether they’re informational interviews, internal interviews, or even everyone’s favorite, the “not-an-interview interview over coffee.” Previously, we’ve talked about how to dress for a kind of “pre-interview” that might lead to a real one, what to wear for an “informal” interview, and what to wear for a networking lunch, and I think your outfit instincts sound spot on thus far. A few notes though:

Readers who’ve interviewed and worked with foundations, charities, non-profits, and not-for-profits, what is your advice for Reader L? For “casual interviews” in general, how do you choose your outfit, and how do you “step it up” as you move through the interview (or non-interview) process? What do YOU wear to informational interviews? 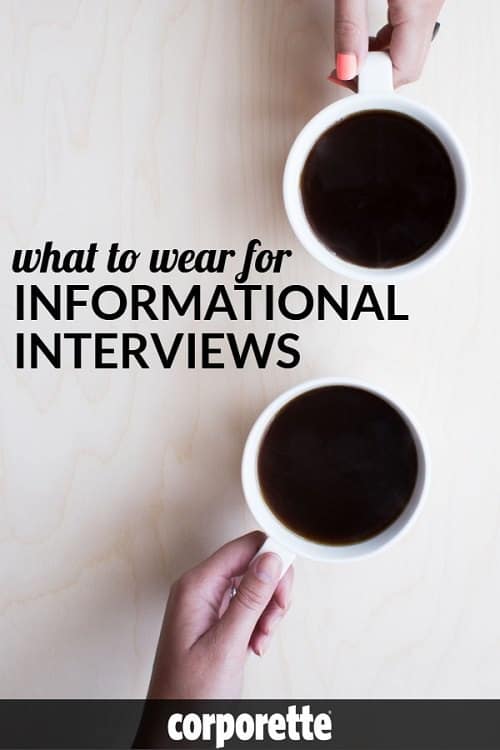