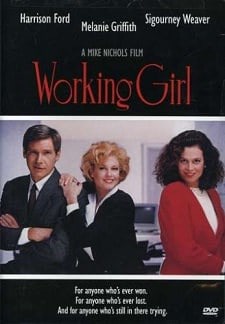 Welcome to the second installment in our discussion of some iconic movies featuring “working girls” — today, we’re discussing the 1988 movie Working Girl. You can find our earlier discussion of the 1980 movie 9 to 5 here. So, ladies, what were your thoughts on Working Girl? If you haven’t seen it before, what were your thoughts with fresh eyes — if you HAD seen it before but rewatched it for this discussion, did you have any new insights on the movie?

This was one of my favorite movies growing up, and in the early days of this blog I remember wanting to illustrate pretty much every discussion we had with stills from the movie, or refer to iconic lines or plot points from the movie. (It’s also one of my husband’s favorite movies — I had to wait for him to rewatch it. We named our youngest son Harrison for a reason…)  Some random thoughts, in roughly chronological order:

“As Katharine sits, immobilized and clueless, Tess gets her revenge, upset that her would-be mentor isn’t planning to share the credit. She uses her boss’ home, office, and belongings to put her business plan into action — with Katharine’s colleague no less — before the executive can steal it.” 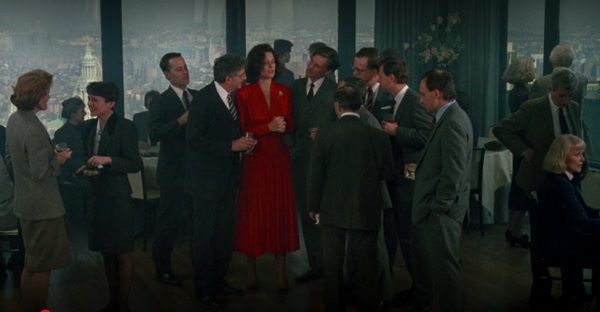 Ladies, what were your thoughts on watching Working Girl? 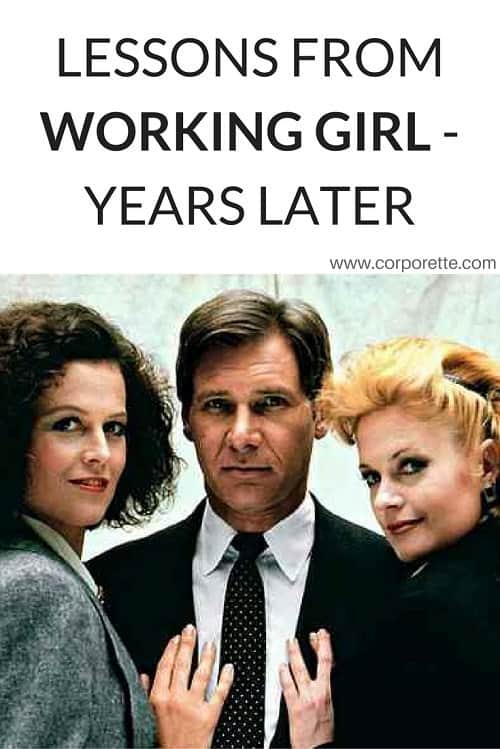