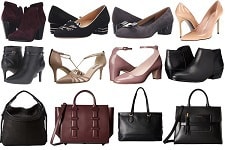 As I mentioned in our Green Monday roundup for 2016, there are some major Zappos clearance sales happening right now. I am always surprised when I see sales at Zappos, if part because I think they usually just move sale/clearance items to their sister site, 6pm.com. But Zappos is way better to buy from than 6pm — faster shipping, better returns policy, and free returns to boot. Some good sales I’m seeing today:

I haven’t processed all the bags on sale, or even which major brands to look for, but some quick picks with good sales I’m seeing:

Looks like there are lots of Tumi, Vivienne Westwood, and pieces on sale, as well.