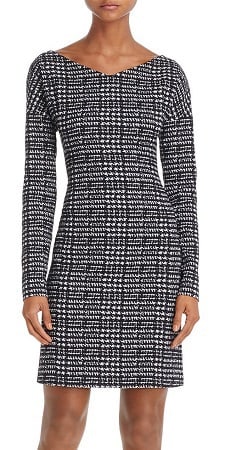 This sheath dress from Theory is an exclusive at Bloomingdale’s, and I love the very simple shape combined with the bold pattern, as well as the V-neck neckline. And, hooray, it has a concealed back zip. The dress is $355 and available in sizes P–L. Checked V-Neck Sheath Dress