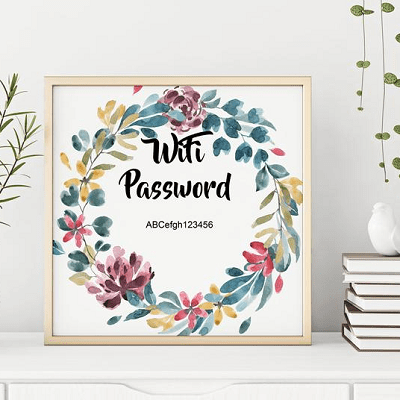 Something I’ve been meaning to do forEVER is create a cute little framed picture for guests that has the WiFi password on it, and this $2 option from Etsy shop Wander Print Creations looks fabulous (and is priced right so you can change it as needed). I could see it working with a variety of frames and general decor, also. It’s $2 at Etsy.

« Tips for Working Outside While Working from Home
Tuesday’s Workwear Report: The Inez Dress »

« Tips for Working Outside While Working from Home
Tuesday’s Workwear Report: The Inez Dress »