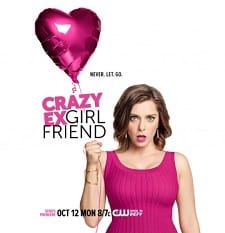 OK, I’m not normally one to recommend shows, but this one is too good not to. She’s a kick-ass lawyer! She dresses well (for work at least)! She’s crazy in a way that seems so, so, SO familiar! The show is hilarious, and I highly recommend. You can buy episodes online at Amazon for $1.99-$2.99 each. Crazy Ex-Girlfriend

« Do You Send Holiday Cards to Friends and Colleagues?
Tuesday’s TPS Report: Italian Ponte Sheath Dress »
Back to Top