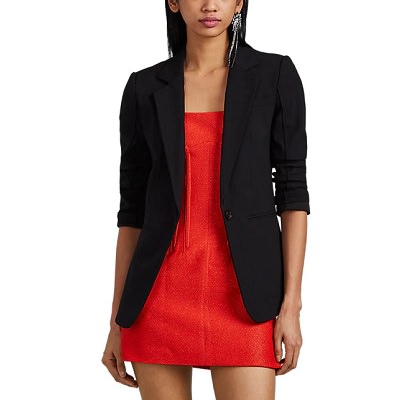 Every time I see Derek Lam clothing in person I’m so impressed with the tiny details and the general level of craftsmanship. Here, for example, the black satin trim that accentuates the darts and princess seams along the back and arms really elevates this blazer. It’s pictured here with the sleeves rolled up, but I like that in reality the sleeves are full length and have four functional buttons at the sleeves. The blazer is $450 at Barney’s.  Bowery Cotton-Blend One-Button Blazer