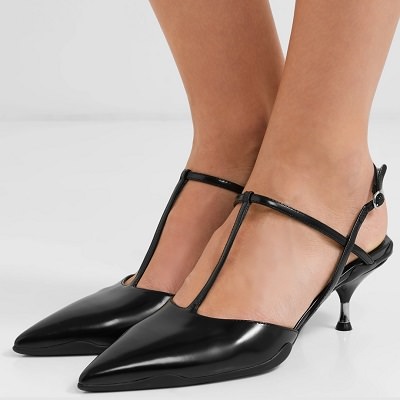 I’m always a fan of low heels like these cute ones from Prada, and maybe I’m crazy but the T-strap combined with the slingback feels fresh to me. (Although, interestingly, the product description notes that they were “plucked from the archives!” — everything old is new again!) While I do feel like open-heel shoes like this are acceptable to wear in the winter, for me these would be more spring/summer/early fall. They’re $750 at Net-a-Porter. Prada – 55 Leather Slingback Pumps – Black

« The Best Alternative Products for Your Period: DivaCup, Thinx, DearKates and More!
Frugal Friday’s Workwear Report: 9-to-5 Stretch Work Dress »
Back to Top