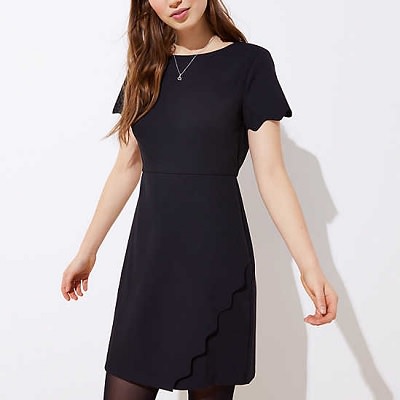 First, full disclosure: this dress is final sale, at least in most sizes and colors. It also has a ton of sizes left, which may or may not mean that something is screwy with the sizing. BUT, that said: it’s got great reviews, and this is a crazy sale. For regular sizes, the dress was $89.50, then marked to 34.88, and now it’s an extra 40% off. (For plus sizes there are two different prices for the colors; I believe only the gray is final sale, but proceed with caution.) Some other nice things while you’re looking at Loft: this ponte flare dress with pockets, this best-selling knit blazer, and this great popover. Pictured: SCALLOPED WRAP DRESS