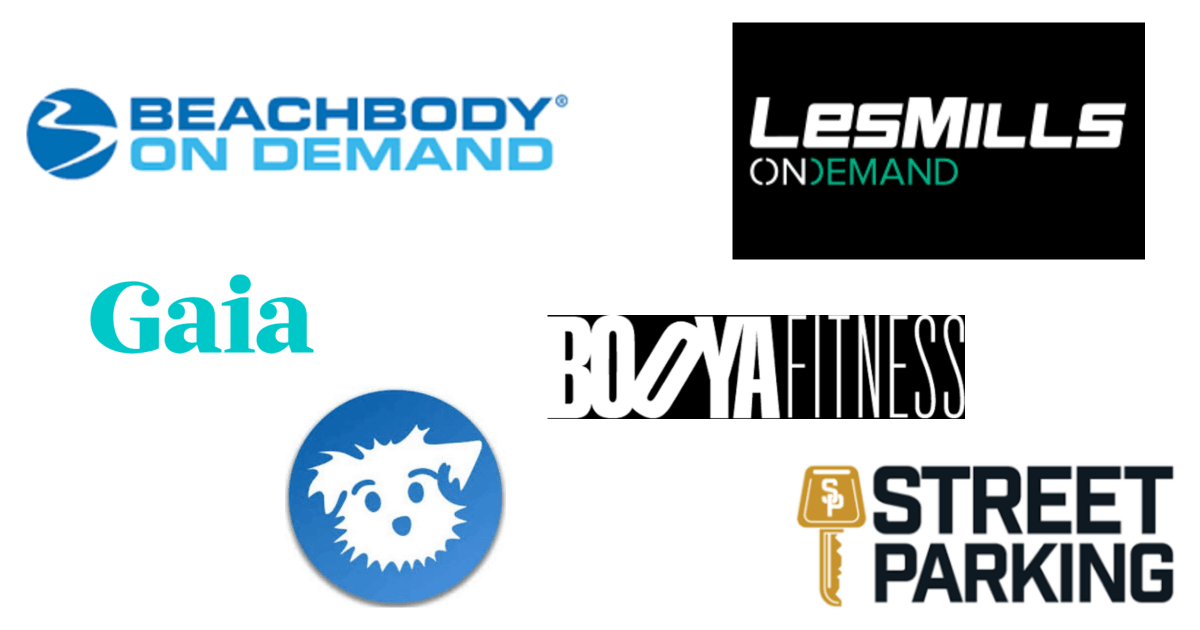 Happy January — what are your fitness resolutions for the year, and what steps are you taking to achieve them this month? Since I keep trying different streaming workouts to do at home, I thought I’d give a little review, and also mention some of the other major options readers have recommended — I’d love to hear everyone’s experiences, though!

Note – I have a Fire TV Stick that is my preferred vehicle for streaming, so where applicable I’ve noted what that experience is like; apps that are only available through an app on your phone or on YouTube are noted at the bottom. You can see Kate’s excellent breakdown of the differences between a Fire TV Stick, Roku, Chromecast, and other devices involved with cutting the cord in this recent(ish) post.

I just signed up for Beachbody On Demand again in October or November or so, but had tried it before in 2016. (Note that while there is a whole MLM thing for Beachbody coaches, you can also do it the way I did it and just sign up cold, skip the whole Shakeology thing, and basically just do it on your own. I technically have a “coach” assigned by the program, but I’ve never heard from her.) I paid $99 for the year, although I do remember it being somewhat annoying to cancel when I canceled in 2016. (I had to get on the phone, people!)

Pros: There are SO MANY CLASSES (1100+!). It can be a little overwhelming, so I’m focusing on PiYo (here’s the trailer for what it is – basically a mix of Pilates/yoga/strength training/flexibility training), which has two workout charts, one for how to do PiYo with T25 and another for how to do PiYo with P90X30, so I’m sort of trying those two as well. Because I’m also a mild fan of Chalene Johnson I’m also sort of trying Turbofire. But there are a TON of different workouts and personalities, and I like that you can filter by time, fitness, and if you want to do a full multi-month program there are plenty of those also, like 80 Day Obsession (here’s the trailer on YouTube). Oh! I also like that every single workout has two countdowns on the screen — one for the segment you’re on, and one for the entire workout. Helpful for all those times when you’re thinking, HOW much time is left?!

Cons: There are SO MANY CLASSES — it helps to have some familiarity with some of them. I stream BBoD through my Fire TV Stick and have had some connectivity problems, also, but I just bought a new Fire TV Stick 4K (affiliate link; comes down to $25 with a limited coupon) — I’m hopeful with the newer, faster stick there won’t be so many issues.

Readers here turned me onto Les Mills on Demand, and I’m still paying a monthly amount even though I haven’t done a workout there in a while. The main thing I heard about and loved was the strength training class BodyPump (light weights high reps), but I also dabbled in their BodyFlow class and briefly tried their crazy spinning class.* (If you have a spinning bike and are looking for more of a trippy experience, give The Trip a try — it’s kind of like a videogame or something.) Note that almost every class offered is a team effort by the trainers, with multiple different leads, so there isn’t at all the emphasis on trainer personalities you see with Beachbody. This is also a much more international crew, with all sorts of accents. Similarly, because every class is a team effort, there are a TON more male voices in the classes, so the workouts feel much less gendered than Beachbody, where it’s pretty clear from the class makeup whether they expect mostly men or mostly women to be doing the workout. Ah yes — and while I can’t say I’ve ever noticed the music in Beachbody (I guess it’s fine?), in LMOD they tend to have covers of popular songs, all set with a techno/dance beat that I really enjoyed.

(* I don’t have a spinning bike and wouldn’t recommend doing the workout on the $250 “FitDesk“… I may have also done a free trial of Peloton this way, haha…)

Pros: The quality of the classes was really high, and I enjoyed hearing the different accents, and you definitely get the sense that everyone on stage during the classes is an athlete.

Cons: There aren’t a TON of different types of classes, and there aren’t a ton of different classes within each section (so BodyPump seemed to only have about 20 workouts total, although they were remixed into different lengths based on how the videos were cut). I also ran into some problems with equipment — BodyPump encourages you to do everything with proprietary weighted bars, and it got a bit confusing trying to do them on my own with the limited handweights and adjustable dumbells I had. I pulled out my husband’s barbell set but it was super annoying trying to use the clampy thing to change weights as quickly as the workouts demanded. (If anyone has suggestions here I’m all ears!) I liked the classes enough that I was considering getting the SmartBar, but new exercise equipment is always a hard sell with me both in terms of cost as well as space…

{related: I loved this discussion on how much everyone spends on fitness!}

I was a huge fan of The Firm workouts back a thousand years ago, and so a while ago I tried Gaia on Demand. I canceled my subscription a few years ago, so maybe this is outdated info — but at the time it was kind of all yoga/meditation stuff, and then The Firm. (Maybe this was the one that was a total pain in the butt to cancel? Hmn.) I just didn’t use it enough for an ongoing subscription, especially considering I own a million DVDs of The Firm.

I briefly tried Booya, also a few years ago — I don’t remember how I heard about it, but I think I was looking for a barre class to do at home. The boutique classes were a little TOO boutique for me — I did one that was like a French movement class or something that would have been a great workout for, say, a ballerina with total muscle control — but for a klutz like me it wasn’t for me. (I’m 90% sure I joined for barre but remember absolutely nothing about the barre workouts, but then barre is one of those things that I keep thinking I’ll like and then never do.)

Honorable Mentions for Best Streaming Workouts to Do At Home

DownDog is an absolutely fabulous yoga program… if you’re into yoga. I love that you can use the interface to customize your workout — do you want more of a relaxing workout or a faster flow, do you want more stretches for your hips or your back, how much time resting at the end do you want, etc. You can pick the background music as well as the voice instructing you on your yoga (I think the video is all the same) — so if you feel like listening to a man with a New Zealand accent (versus a woman with an Australian accent) then you’re set.

Cons: As far as I know, it does not have a streaming component for a Fire TV Stick — it’s a product of the App Store. So if you’re

Note: They just launched three other apps, which I believe they said were free for life if you download them in January — if you look up “DownDog” in the app store you can then choose to download HIIT, Barre, and 7MinWorkout.

Readers turned me on to StreetParking — it’s best described as doing CrossFit in your home. I only tried the lightweight version (SHIFT), and cancelled the subscription because at the moment I’ve decided I don’t enjoy or want to do burpees, push-ups, jumping rope, etc — which meant a lot of the workouts consisted of things I didn’t enjoy.

Pros: There’s a new strength training workout every day, and they’re really great workouts. The need for equipment is pretty low, too.

Cons: I got annoyed that the workouts were viewable through a members-only Instagram page (so no Fire TV Stick component here either) — and then you were supposed to track your weights and reps in another app, Wodify.

Note: They offer a discount if you’re military.

It’s been so long since I tried DailyBurn that it feels wrong to include it with the ones that I’ve tried recently — I’m sure a lot has changed in the 5+ years since I tried it. If you have opinions on DailyBurn, please share them below!

Plex is not an exercise streaming service at all, but rather a start-up that allows you to put any media you want in a private cloud, all streamable via the Fire TV Stick. We originally got it back when my first son would watch our sole Monsters Inc. DVD so many times that it scratched, but I’ve also used it to rip and stream a lot of my older DVDs.

Pros: If you can rip it, you can add it. You can download media to your phone or tablet (handy if you travel a lot and try to do workouts in spotty WiFi…)

Cons: The learning curve can be pretty steep here for every step (ripping the media, adding it to the Plex Server, organizing/navigating the Plex server, etc etc) and as with any company like this there’s a chance they will go out of business in a few years.

Readers — do you work out at home with streaming workouts, either on your phone/iPad/laptop or with a streaming device like the Fire TV Stick or Roku? What do you think are the best streaming workouts to do at home — and which ones have you canceled or decided you didn’t like?