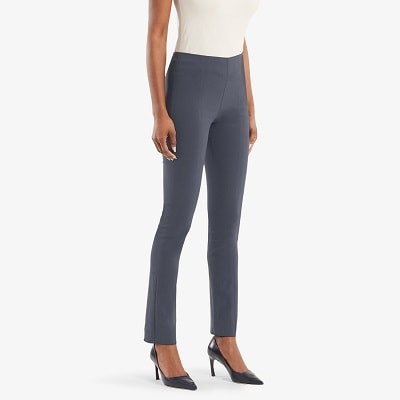 How is it possible that I’ve gone this long without mentioning these pants? They’re fitted, but not too fitted, and they don’t get weirdly baggy or stretched out over the course of the day. They have a side zip and button, so they lay flat and don’t create any weird pooches at your mid-section. They’re machine washable (and when I’m feeling lazy, I throw them in the dryer and haven’t had any problems yet). They’re the M.M.LaFleur Fosters, and at $195, they’re not cheap, but in terms of cost per wear, they’re one of the best buys in my closet.

Nordstrom Rack has a more affordable option from T Tahari that’s only $22.97 on sale!