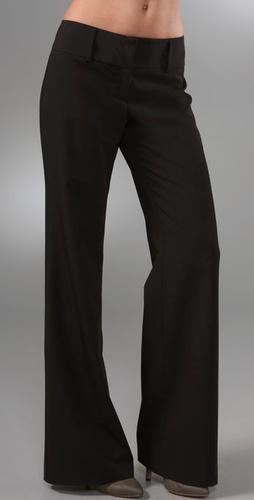 A lot of their stuff is way too out there for my taste, but I feel like sometimes the editors/buyers at ShopBop really know what they’re doing, especially with their BopBasics. These work trousers look perfect — a flattering wide-leg, good darts, a not-too-high rise… They’re $180 at ShopBop. Bop Basics Work Trousers

« Sponsored Post: Put “Busy” on Auto-Ship with Hoseanna
Previously, on Corporette… »
Back to Top