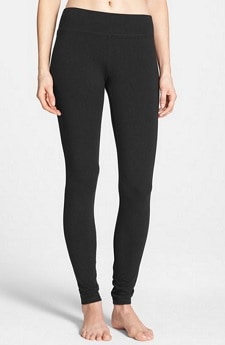 Something on your mind? Chat about it here. I have been ordering Hue leggings for years, but I’ll be honest: I didn’t realize how great I had it until recently. They are opaque and thick. They’re comfortable. They don’t get baggy. They wash up well. Some of them even have real pockets in the back. I recently ordered some leggings from another company and couldn’t believe how they did, well, NONE of the good things I just mentioned about Hue. (And it looks like other people agree with me — these leggings have 1,500+ positive reviews at Nordstrom.) They’re $20.92 during the Nordstrom Anniversary Sale, available in XS-XXL in black, brown, and gray, but after the sale ends August 8 they’ll go back up to $36. Hue ‘Ultra WW’ Leggings Psst: don’t forget we feature recent threadjacks of interest on our RH sidebar — we’ve moved it so it’s higher up the page. (L-2)