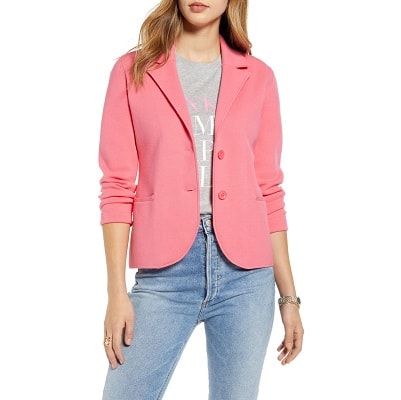 In normal times, the Nordstrom Half-Yearly Sale would be starting soon — I’m not sure what they’re planning on this year, but they definitely just marked down a ton of stuff. (So. Much. Natori!) This sweater blazer from 1901 has been a reader favorite ever since we featured it in our roundup of the best sweater blazers for the office, and both the shorter version (pictured) and the longer wool-blend version are almost 60% off. So what was $109–$138 now comes down to $45–$55. They’re available in lucky sizes from XSP–XXL. Nice!