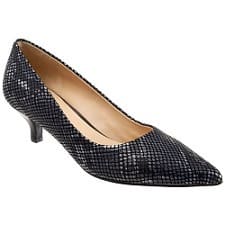 We’ve included this pump from Trotters in a number of our roundups of the best low heels, but I don’t think we’ve ever highlighted it in its own post. I love this black python-print leather, the short 1.75″ heel, and the classic kitten heel look. It comes in 10 colors and five (!) widths at Nordstrom for $99-$109 and is also available at Zappos and Amazon. It’s got great reviews at all three sites! Paulina Leather Pump

2017 Update: We’re adding this heel to our Workwear Hall of Fame! Nordstrom, Amazon and Zappos all carry the shoe in a TON of colors, and it’s winning rave reviews everywhere. 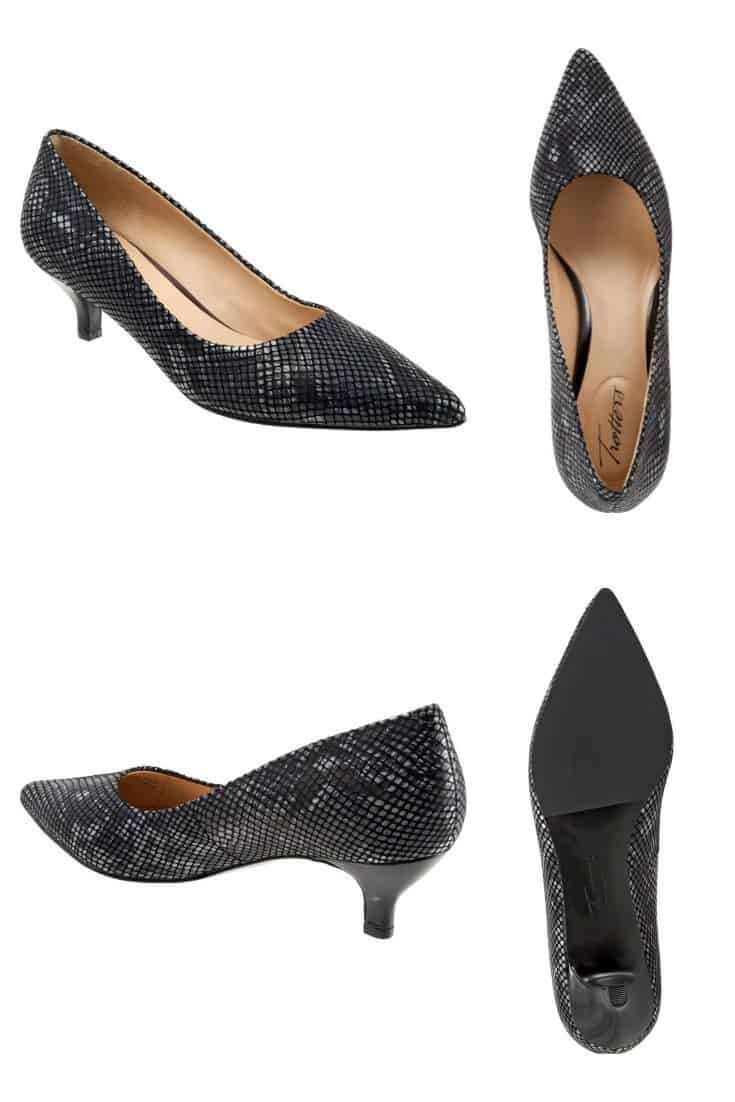