Ooooh: I love this black suit with a fun, bright royal blue stripe running through it. (There’s even more solid blue directly under the collar!) The pants look like a rare find these days: a conservative full-length version that will look good with heels or flats. The blazer (Pinstripe Wool Blend Jacket) is $729, but will be $1,190 after the sale ends; the pants (‘Francois’ Pinstripe Wool Blend Pants) are $299 (will be $495 after the sale ends). 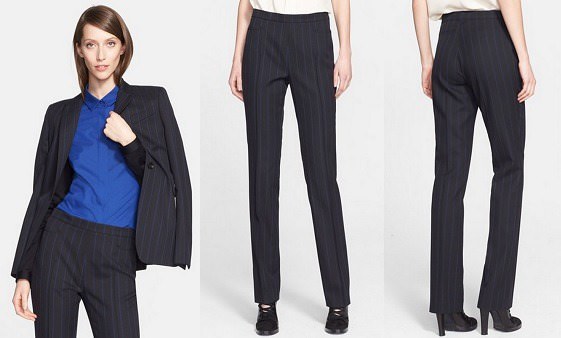