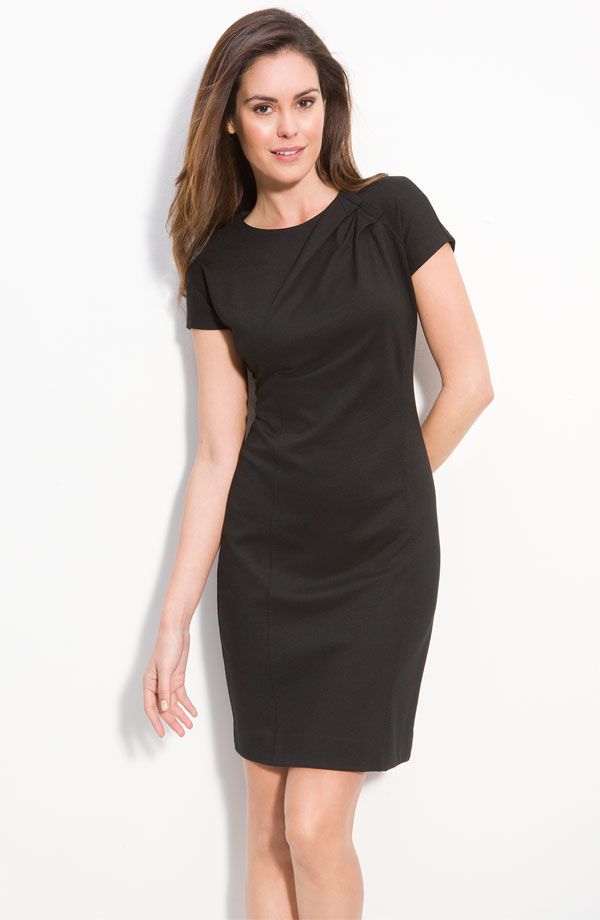 I know no one’s shopping for themselves right now, but I gotta say: there are some great sales going on. For example, this lovely dress from BOSS Black looks like a great dress. Love the twist detail at the shoulder, as well as the short sleeves and the ladylike length. It was $475, but is now marked to $236 at Nordstrom. BOSS Black Short Sleeve Knit Dress Seen a great piece you’d like to recommend? Please e-mail [email protected] (L-2)