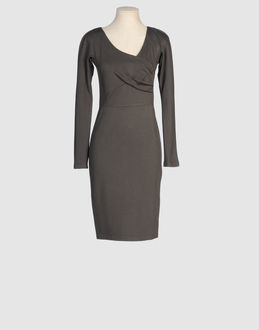 This Rachel Roy Signature dress doesn’t look like much on the mannequin, but I have a feeling it would be amazing in person. Love the asymmetrical neckline, the long sleeves, and the detail on the bust.  (Alas, there is an exposed zipper.) The Yoox price was $195, but it’s now marked down to $138 — still available in sizes 0-12 as of this AM.  RACHEL ROY SIGNATURE Short dresses – Item 34200809

Seen a great piece you’d like to recommend? Please e-mail [email protected] with “TPS” in the subject line.
(L-3)

« Jobhunting in a Different City
Previously, on Corporette… »

« Jobhunting in a Different City
Previously, on Corporette… »
Back to Top