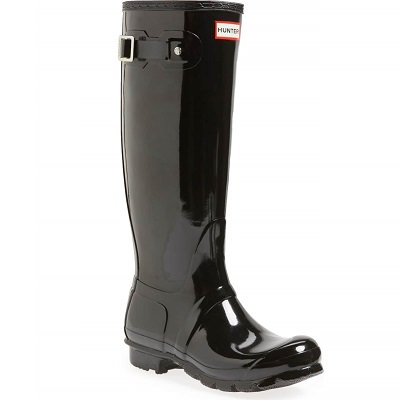 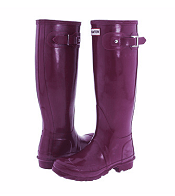 Whether NYC gets 3 or 30 inches of snow this weekend, it seems pretty sure that it’s going to be an unpleasant, yucky weekend. Truth be told, I usually prefer my Hunter boots (with warm socks!) to my snow boots unless there are major snow drifts — here in NYC the problem is more slush than anything. (On semi related notes, Hunter recently came out with a foldable, packable version of their boot, and here’s a tutorial on how to clean your Hunters after they get a bit waxy/gunky looking.) These violet Hunters are $135 at Zappos and Nordstrom. Hunter Original Gloss

2017 Update: We’re adding these boots to our Workwear Hall of Fame! Even though you probably don’t want to actually wear them AROUND the office, they are amazing for commuting to and from work, particularly once slush and massive puddles get involved.