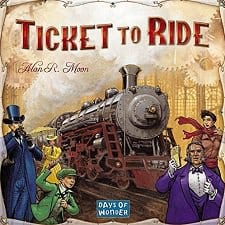 While timing might be a little tight to get this delivered by Thursday, those of you planning to be spending a lot of time with family over the next coming weeks may want to check out our recent post on great board games for grown-ups — including this fun board game, Ticket to Ride. My parents were introduced to this game by dinner guests of theirs — and yet my 6 year old also loves the game. Fun for everyone! It’s $39 at Amazon.  Ticket To Ride