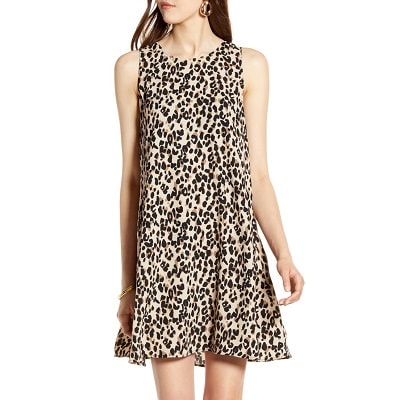 This dress is getting great reviews at Nordstrom, and I love the kicky, flippy ease of it — while still leaving room for lunch, amiright? It comes in 16 colors and prints (!!!); we’re featuring the leopard because why not, but there are a ton of great ones to choose from, including solid black and navy. This is a great kind of thing to throw on with reader-favorite slipshorts and these best-selling sandals, and head to brunch, errands, or a day date. The dress is $59, available in regular and petite sizes. A-Line Dress