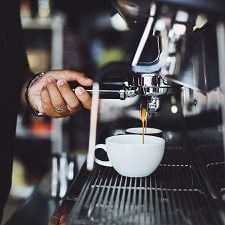 If you read our post earlier this week about brain candy books and other fun summer reads, you probably had one of three responses: (1) “Hmm, I should check out some of these,” or (2) “Eh, not my type of book,” … OR (3) “Ugh, why does anyone read those kinds of books, anyway?” Some of us are just book snobs — and all of us are snobs about something or other, right? We thought general snobbery would be a fun topic for a open thread on the day after a disorienting middle-of-the-week holiday, so here’s the question: What ARE you a snob about — and what are you decidedly NOT snobby about? Did you used to have things in the first category that, over time, moved into the second category? How about vice versa — have you gotten more snobby about anything as you’ve gotten older and wiser?

Earlier this year, we got almost 100 comments on our “What are you drinking in 2018?” open thread, so clearly many readers are very discerning about wine, cocktails, and so on — and Kat readily admits that she’s a gin snob. (She wrote that book post, so she’s obviously an equal-opportunity reader; she also notes that she generally prefers simple Folgers coffee rather than fancy stuff.) So let’s hear it, ladies: What are YOU a snob about? Clothes, bags, jewelry, or shoes? Makeup and skincare? Food, restaurants, cookware? Wine, tea, coffee? Music, books, TV, movies? Home decor? (Just in case it needs to be said, there are no right answers here! We just thought it would be interesting to hear your thoughts on what purchases are worth the splurge and what aren’t…)

To me, the most interesting aspect of this is what you once were snobby about but eventually became more open-minded about. I used to be a book snob (hey, I was an English major, so it came easily), but not anymore — today I read everything from literary nonfiction about little-known historical events to “contemporary romance.” I also used to be a music snob — and the same thing happened for me with movies. I used to see most of my movies at an independent theater, and those films were definitely not going to become blockbusters. In 2015, in a “regular” theater, I saw the trailer for Captain America: Civil War, and my reaction was, “Another superhero movie?! There are SO many superhero movies!” Well, since then, I have become something of a Marvel geek and so far have 13 movies and 6 TV series under my belt (ha, not a superhero belt, just a regular one). I have to say, I kinda get chills when I’m sitting in the movie theater and hear the Avengers theme. (Grammar, though? I think I’ll always be a grammar snob.)

What about you? What have you always been a snob about, either outwardly or secretly? What did you USED to be a snob about but no longer are — and what made you change your thinking? What are your guilty pleasures regarding food, Netflix binges, and so on? 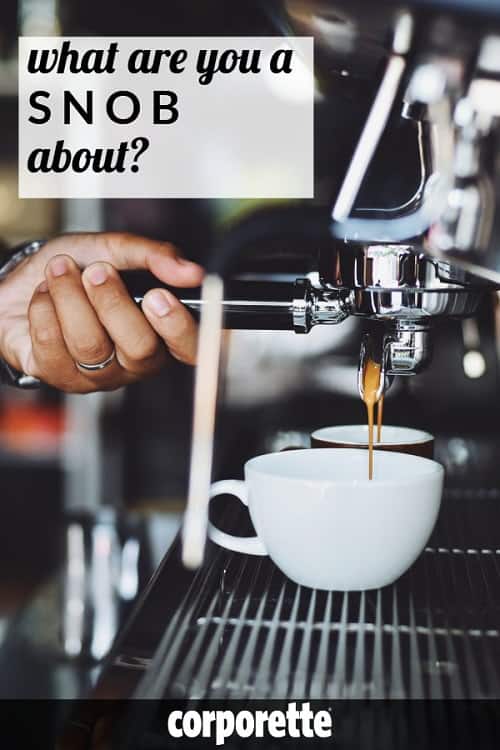