2020 Update: We still stand by this advice on business casual for women, but you may want to check out The Ultimate Guide to Business Casual for Women.

How do younger women do “business casual” in a male-dominated environment — without ending up looking like the mom (or younger sister) of the group?  Reader S asks:

I have a question about work attire: is it possible to be “over-dressed” for work? Without getting in to too much detail, I work for a medium sized engineering firm as an engineer. I am the only female engineer in my group so it’s really hard for me to gauge what would be deemed appropriate work attire for my office. Most of the men dress business casual (as in jeans, or khakis at best, and a polo shirt- even on client meeting days) during the weekdays, with casual Fridays being jeans and a t-shirt. I usually wear dress pants, and an appropriate top; Fridays I wear jeans and an appropriate top. Am I overdressed? The only other person who wears dress pants is the group manager. I should mention I’m only 3 years in to my career.

I can totally see this being a problem. The guys are wearing jeans and polos and look like regular workers — meanwhile, if you wear jeans and a t-shirt you end up looking like their scrappy younger sister, and if you wear trousers and a nice top you look like the mom of the group.  We’ve covered whether you can dress “too nice” for work, and also how to transition to business casual from a more conservative environment, but I don’t think we’ve really talked about this exact question. 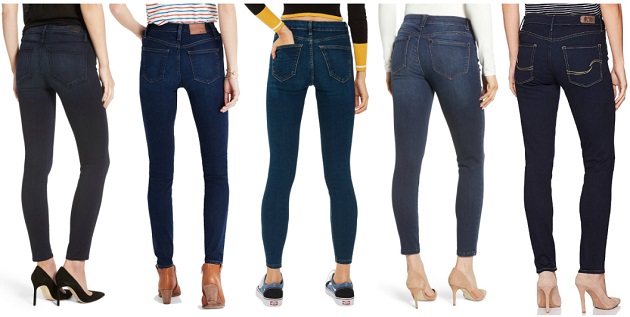 For my two cents, here are a few tips on business casual for women — I’m really curious to hear what the readers have to say on this one, though.

2020 Update: These are some of the best sweater jackets for the office or working from home: gray / gray / green / navy with pockets / cropped navy

Readers, what are your tips?  How can women look professional in a business casual, male-dominated environment, without looking overdressed?