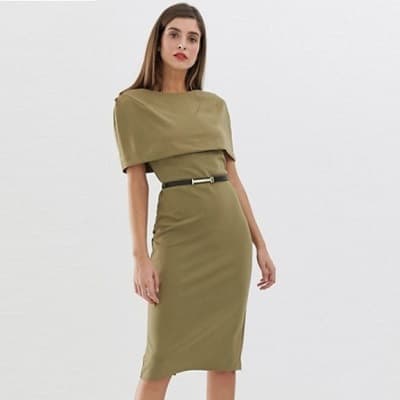 Dresses with cape details can go a bunch of different ways, but this one is on the right side of cape details in that it doesn’t prohibit movement — you’ll still be able to type and carry things at work — but still gives a dramatic look. It’s a great way to elevate your style game if that’s what you’re going for. The dress, which is from British brand River Island, is available at ASOS for $64, which qualifies for free shipping and returns. It’s available in U.S. sizes 2–12. River Island Bodycon Dress with Cape Detail

« How to Buy a Great Winter Coat
How Many Vacation Days Did You Use This Year? »

« How to Buy a Great Winter Coat
How Many Vacation Days Did You Use This Year? »
Back to Top